Before and After Pictures from Purcellville

A homeowner in Purcellville, VA had chronic water infiltration in her basement. This caused mold to grow, because the humidity levels in the basement were consistently over 60% for long periods of time. Mold can cause asthma like symptoms and allergies. 3 Pros Basement Systems crews came in and cleaned up the mold and the wet basement. Then, we took action to make sure it didn't come back by installing a perimeter basement waterproofing system including a new Super Sump Plus.

See All Before & After Images
Company Awards

Click the icons to see what our customers had to say.

Don't let a wet basement or crawl space drive you crazy, cause more damage, lower indoor air quality, or deplete the value of your home. Get in touch with 3 Pros Basement Systems for comprehensive basement waterproofing and crawl space repair solutions you can trust.

Get a FREE Quote!
Case Studies From Purcellville 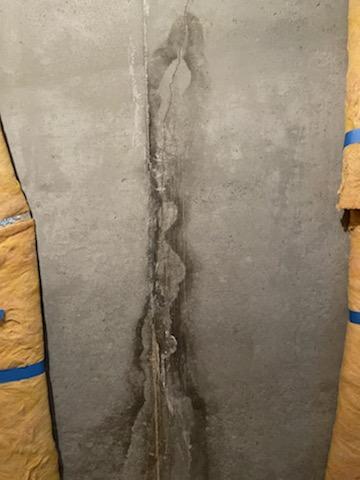 A homeowner living in Purcellville, VA was in need of some help. With a large crack running down one of their basement walls, this homeowner needed a...
Click to read solution...
More Case Studies
Photo Galleries From Purcellville

Every time it would rain, this homeowner would have to deal with her basement flooding.
Work Requests From Purcellville, VA
Vicinity of S Nursery Ave in Purcellville

Extremely heavy rain, as we had Thurs. night, causes a steady flow of water into our basement from the bottom of an interior door frame between the two rooms, against an outside wall, and located, seemingly strangely, under where the cement front porch is. The rest of the basement usually stays dry, and did this week, due to channel and sump work done on another portion of the basement years ago.
Vicinity of Oakmont Way in Purcellville

I have a crawl space that I never had problems with in terms of moisture or water until what use to be a deck outside became a porch and a patio. When there is a heavy rain I get water- not a lot but enough, in the crawl space.
Top
Service Area
Free Quote