3 Pros Basement Systems/Comfenergy is growing fast! We are looking for Insulation Installers and Sales Consultants to help customers in our market make their homes more healthy, comfortable, and energy efficient.

Click Apply Now! to see all of our available positions and apply.

3 Pros Basement Systems Before & After Photos 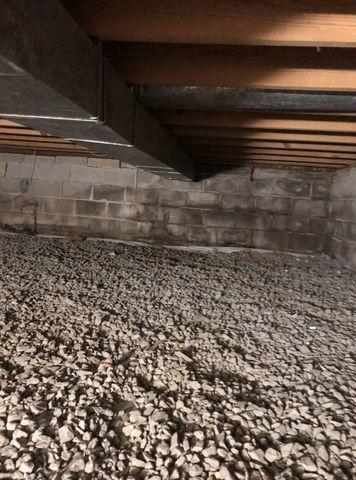 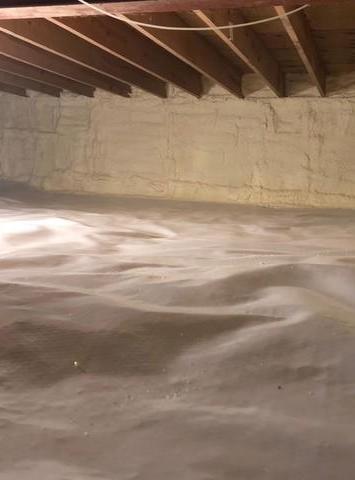 A homeowner in Herndon, VA wanted to reduce the chances of mold and humidity in their crawl space area. This crawl space was vented, like most homes in our area, and the vents let warm humid air in which is cooled by the subterranean crawl space. This causes relative humidity to go way up and condensation to form all over the crawl space surfaces including floor joists and ducts. Then mold can grow, wood will rot, and musty odors can appear. To address this, the 3 Pros team sealed up the vents and a dimpled plastic drainage matting is installed on the floor to create a thermal break. A heavy duty liner, CleanSpace, is installed across the floor over the matting and up the walls. Finally closed cell spray foam is installed on the walls to the top of the rim joist. 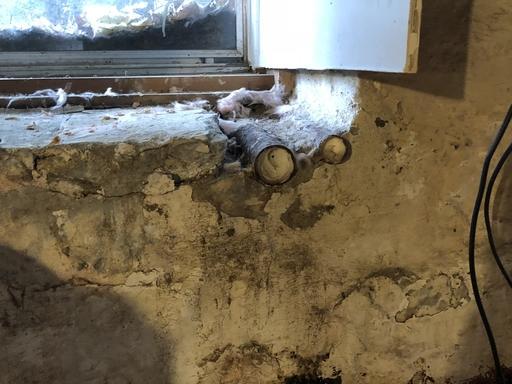 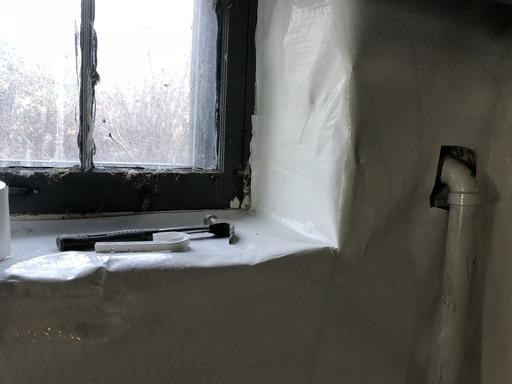 This set of photos is from a partially sub-terranean window in Vienna, Virginia that has been allowing water into the home for a long time. You can see that is was once a mess and the home owner tried an exterior quick fix, but the second photo shows the window after being waterproofed. Not only was the window waterproofed but so was the rest of the basement which you can find a full series of photos of in our gallery. 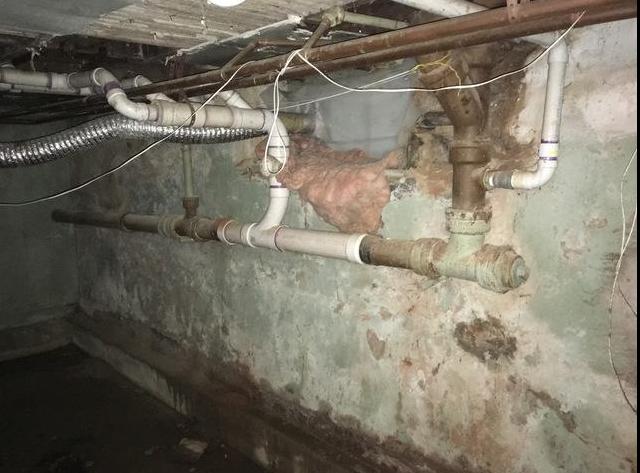 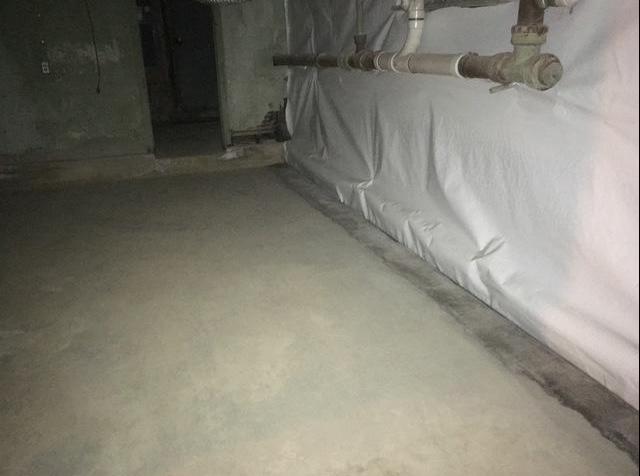 A homeowner in Purcellville, VA had chronic water infiltration in her basement. This caused mold to grow, because the humidity levels in the basement were consistently over 60% for long periods of time. Mold can cause asthma like symptoms and allergies. 3 Pros Basement Systems crews came in and cleaned up the mold and the wet basement. Then, we took action to make sure it didn't come back by installing a perimeter basement waterproofing system including a new Super Sump Plus. 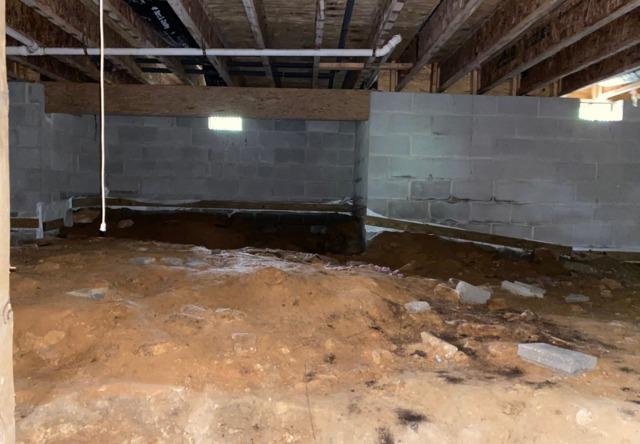 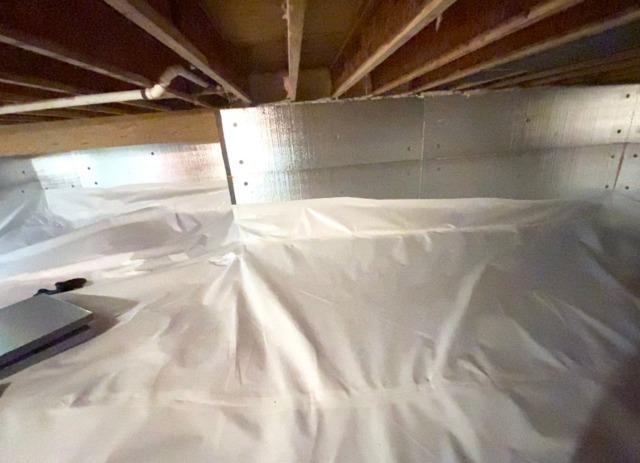 This crawl space had a rocky dirt floor and needed insulation to keep the surrounding rooms conditioned. We applied CleanSpace liner wall-to-wall and SilverGlo insulation to achieve conditioning. 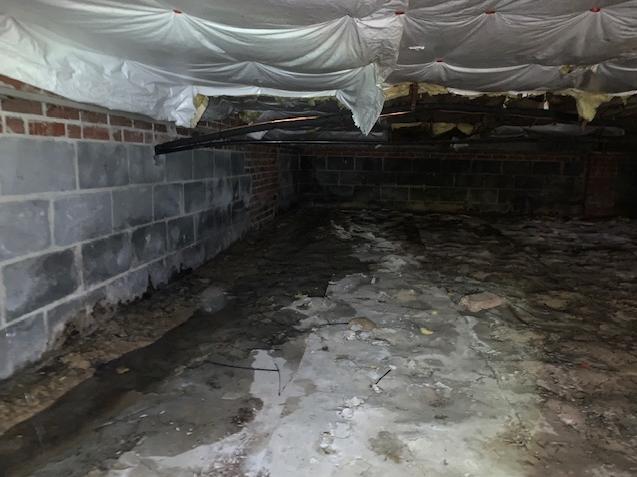 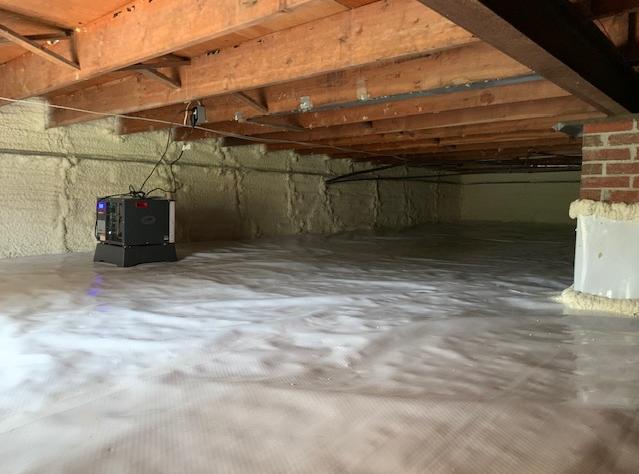 This crawl space was in very poor shape when we arrived. There was excessive water damage to the foundation, walls, and fiberglass insulation. In fact, the insulation was so heavily saturated with water and mold that it was falling off the walls and ceiling. The homeowner was using duct tape to keep the insulation up! We removed the damaged insulation and installed an encapsulation system and Sedona dehumidifier to keep the crawl space clean, dry, and energy efficient moving forward.