Homeowners in Annandale, VA had been dealing with water in their basement for a year and a half. They had several people come out to try to remedy the problem but they were unsuccessful. Any time it rained or snowed water would leak into one corner of the basement through a gap between the wall and the foundation, or cold joint. This was due to hydrostatic pressure. If the soil around your basement is saturated with water, tons of hydrostatic pressure could be pushing against the foundation.

After trying and failing several times to remedy the situation, the Annandale homeowners gave 3 Pros Basement Systems a call. One of our certified basement waterproofing technicians came out to solve the problem. We installed a WaterGuard XL sub-floor drainage system around the basement perimeter where the water was getting inside. We also installed a TripleSafe sump pump to remove any water that entered the basement. Next, a CleanSpace Wall System was installed on the walls where the hydrostatic pressure was occurring. And finally, we installed IceGuard to prevent floods from a clogged or frozen discharge line. 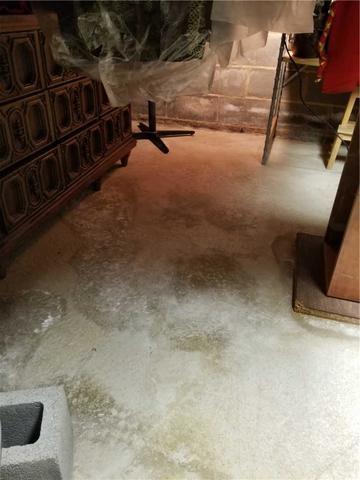 This basement in Annandale, VA had water coming in when it rained or snowed. Moisture and wetness in your home is never a good thing as it can cause mold and musty smells. 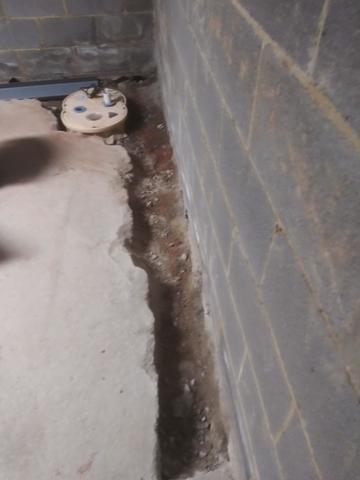 A trench is dug along the basement perimeter for the drainage system to be installed. 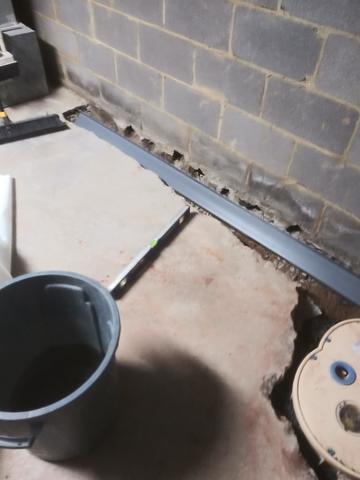 WaterGuard is installed along the perimeter. WaterGuard sits on top of the footing, instead of alongside it. This is important because it keeps the wet dirt, or mud, from getting into the drain because the drain does not sit in the mud. 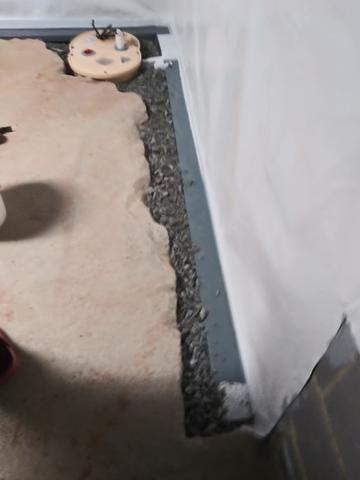 The trench is back filled with gravel. 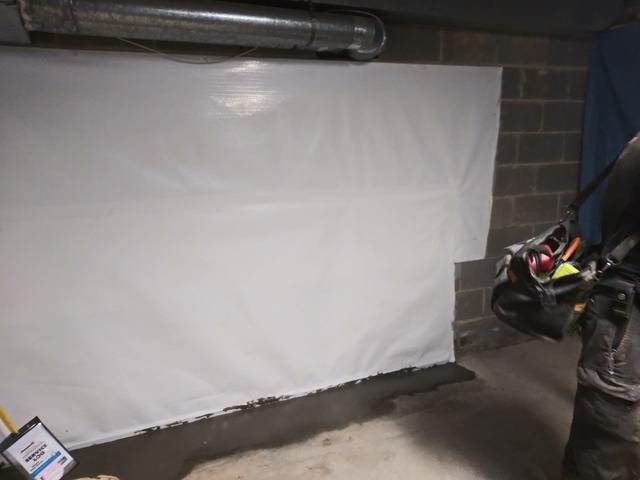 We use CleanSpace, a heavy, durable plastic liner on stone wall basements. CleanSpace provides a vapor barrier, drains water behind it, and dramatically brightens the basement. 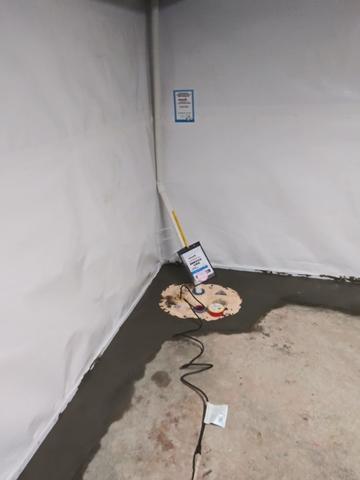 The new TripleSafe sump pump is installed and the floor is re-concreted. Now this basement will stay nice and dry.

Back to Previous Page
Back to Case Studies