This Alexandria VA home had 2 different crawl spaces below the home.  One was under the original part of the home and the other was under an addition that had been built years after the home first went up.  The client had noticed several issues in the home that brought them concerns which lead them to call us.  Upon inspection, it was clear to see that both crawl space areas could use some attention.  One side of the home had cold floors that the homeowner wanted to find a solution for.  The crawl space below had all of its top side insulation fallen away from the roof of the crawl space (the bottom of the floors above) allowing cold unconditioned air from the crawl space to make the floors above cold.  Additionally, the crawl space vents were open, allowing uncontrolled air from outside of the home to come in.  This also meant that moisture was able to come into the crawl space creating a humid space inside/below the living area above and had resulted in mold in the insulation.

The other crawl space had previously been treated but the job had not served to fully control the environment.  The cinder block walls of the space had been left uncovered and untreated.  It was clear to see that water (and therefore moisture) was working its way through the cinder blocks, showing itself in the form of efflorescence.  This is where the natural minerals in water are left behind once it passes through the cinder blocks.  It looks like salt or white powdering on the walls.  This moisture was helping to create musty odors in the crawl space which were able to be smelled in the living space above.  This poor-quality air can contain mildew, allergens, and possibly even mold.

In any case, controlling the environment of a crawl space, basement, attic, or any other area of a home, will always help to create more comfort for the residents. Nasty air from an uncontrolled crawl space or wet basement can have lasting impacts on the home and the health of those living in it.  We have the solutions needed to help. 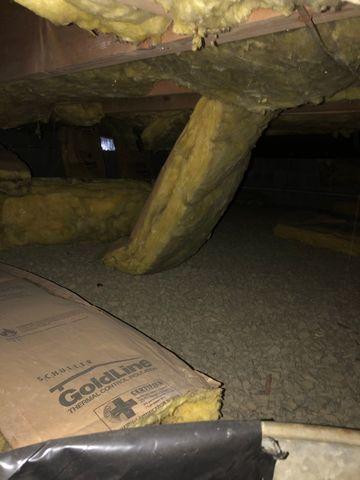 Old moldy insulation fallen from the floor above helped to create cold floors for the homeowners in the living space. 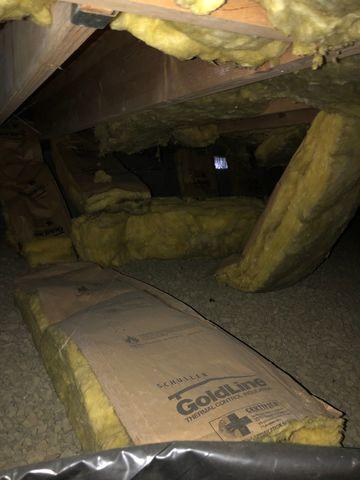 More old moldy insulation fallen from the floor above helped to create cold floors for the homeowners in the living space. 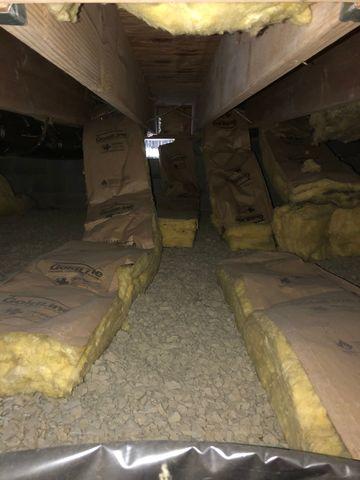 Old insulation sitting on the floor of the crawl space soaking up moisture and allowing mold to grow. Mold can grow in a space with the right amount of humidity and organic material. 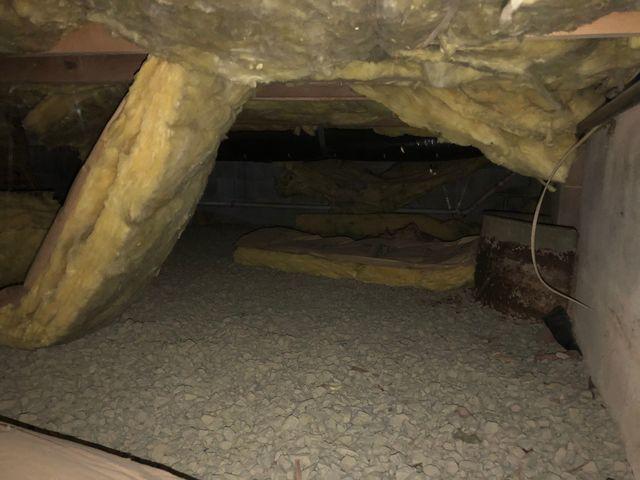 More insulation hanging freely in the crawl space. Cold air coming in through the opened crawl space vents made the floors above feel cold and uncomfortable for the homeowner.

Partially treated walls show signs of water coming through in the form of efflorescence. 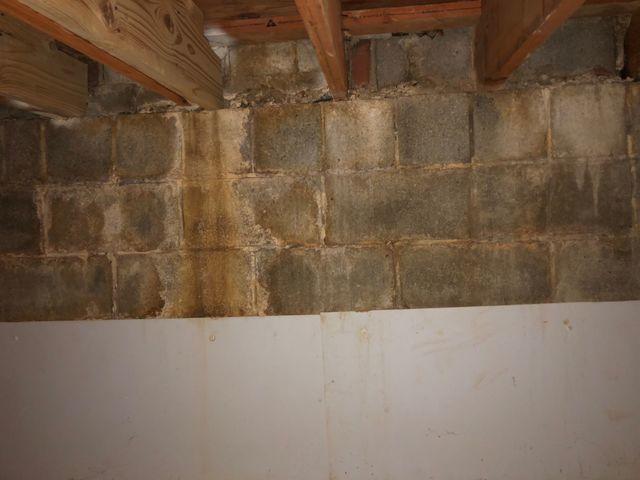 Partially treated walls show signs of water coming through in the form of efflorescence. This is often mistaken for mold and can be a scary sight for homeowners. 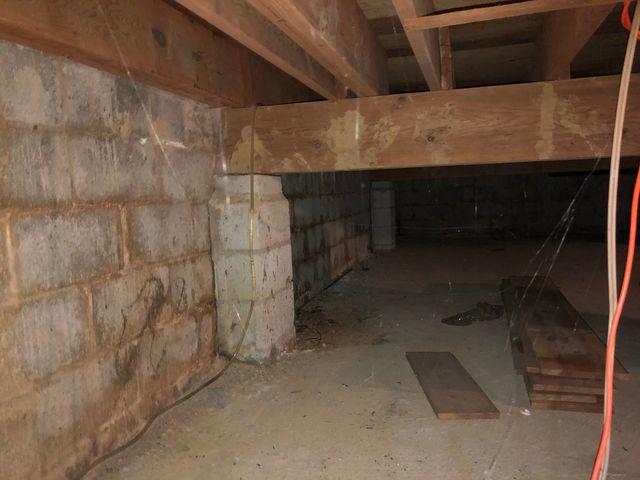 Partially treated walls show signs of water coming through in the form of efflorescence. This is often mistaken for mold and can be a scary sight for homeowners.

Photo Gallery: A Nightmare in a Crawl Space!!
Back to Previous Page
Back to Case Studies